Skip to content
Home » Fairmont hotel: One of only 6 hotel brands in the world over 100 years old

There are only 6 hotel brands in the world with more than 100 years of history, and Fairmont is one of them.

In addition to the Fairmont brand, Fairmont Hotel Group also has Raffles and Swiss luxury brands. There are more than 60 landmark hotels around the world, and it is also the hotel group with the most protected buildings in the world, such as the Peace Hotel in Shanghai and the Plaza in New York, London Savoy Hotel, and so on.

In 1906, a magnitude 7.8 earthquake occurred in San Francisco, USA, almost all the buildings in the city were destroyed by the earthquake and the subsequent fire.

At the time, the Fair family owned a piece of land and a hotel on Nob Hill in San Francisco. After the earthquake, Teresa and Virginia in the Fair family decided to rebuild a landmark luxury hotel, so they found Julia Morgan, who was later recognized as one of America’s greatest female architects.

In 1907, the brand new Fairmont San Francisco opened as the first hotel under the Fairmont brand.

The hotel brand uses the founder’s family surname, Fair. Since the hotel is located in Nob Hill, the Latin mont (meaning hill) is added to the brand name, which together is called Fairmont.

Since the establishment of the hotel, it has been the social center of the local upper class. Many rich businessmen, celebrities, heads of state, popular stars, and royal families have stayed here or participated in social activities.

The Princess Hotel is located in Hamilton, the capital of Bermuda. Although Bermuda is located in North America, it is an autonomous overseas territory of the United Kingdom.

In 1883, the husband of Queen Victoria’s daughter, Louis, ended his tenure as Governor-General of Canada, and the couple took a detour to Bermuda for a holiday in a warm climate. Mr. Trott, then one of Bermuda’s business leaders, decided to pay tribute to the princess by building a luxury hotel.

In 1885, the hotel opened, named The Princess, and later renamed the Hamilton Princess & Beach Club, managed by the Fairmont Group, which also became the oldest hotel in the Fairmont brand.

Due to its pink appearance and history, the Princess Hotel is known locally as the “Pink Palace”.

Fairmont has many historic and legendary hotels, and each of them has a lot of interesting stories.

Opened in 1888, the hotel is designated a National Historic Site of Canada. The hotel is located in the Rocky Mountains with superb views and the interior is less like a hotel and more like a medieval castle.

The annual average water temperature of the hot springs here is about 45 degrees, and there is almost no pungent sulfur smell. Members of the royal family, celebrities, such as George VI, Queen Elizabeth, Helen Keller, Marilyn Monroe have stayed here.

Do you know? The hotel is also rumored to be haunted and is said to be one of the top 10 haunted hotels in the world.

The Plaza Hotel New York opened in 1907 and has been named a “National Historic Landmark”.

Today, the Plaza Hotel is one of the most luxurious hotels in the United States. The Royal Suite in the hotel costs about $40,000 a night. The suite has three bedrooms, a library, and a piano.

In order to maintain the privacy of guests, the suite also has a private elevator, allowing guests to enter and leave the hotel without knowing it.

There was a saying in New York, “Nothing unimportant happens at the Plaza Hotel”.

How much does Hollywood love Fairmont-branded hotels? As you can see from the following films that have been shot at the Fairmont Hotel:

Monroe sprained her ankle during filming, and the male hotel staff used to play cards to decide who can help Monroe to push her wheelchair.

In this film, former US President Trump also appeared. Of course, he was only the owner of the hotel at the time.

Now the Plaza Hotel also has a “Home Alone Experience” package, but the hotel has a special statement that the experience does not include Trump’s cameo.

The Fairmont brand has now been acquired by AccorHotels, and it has become a ceiling-level presence in this group. Let’s talk about another legendary brand under the AccorHotels Group. Which Fairmont hotel is your favorite?

List of Official Tourism Websites of 30 Countries in the World 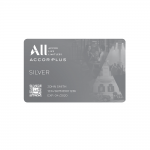 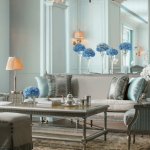 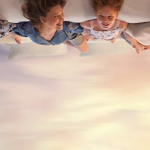 Accor points: How to earns and use Accor Live Limitless ALL points wisely? 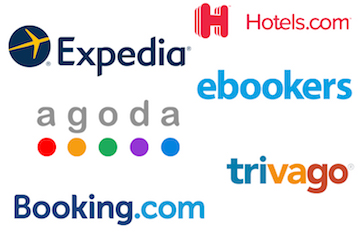 Get the latest travel deals